The United States is increasingly diverse ethnically and racially. Studies have shown that for young people, simply being around peers from different ethnic and racial backgrounds may not be enough to improve attitudes toward and relationships with other groups. Instead, children and adolescents also need to value spending time and forming relationships with peers from diverse groups. A new study examined how friends in middle school affect each other’s attitudes about interacting with peers of different ethnicities and races, finding that they influence each other’s racial and ethnic views significantly.

“Success in engaging and forming friendships with people from diverse ethnic and racial groups is an important kind of social competence, and one that is especially relevant given today’s pervasive racial tensions,” explains Deborah Rivas-Drake, associate professor of psychology and education at the University of Michigan, who led the study. “ Our results point to a system in which adolescents prefer to befriend more open-minded peers and, in turn, influence one another on intergroup relations. Taken together, our research suggests that such attitudes may be contagious.

The study collected information from 524 ethnically diverse students in grades 6, 7, and 8 who attended a middle school in the midwestern United States. The students filled out surveys asking them about their friends in school and their attitudes toward diversity—how they felt about interacting with peers from different ethnic and racial groups.

The study also found that students who expressed positive beliefs about interacting with peers from other ethnic and racial groups reaped benefits: They were more sought after as friends than those with less positive attitudes toward diversity and they reported more friends from groups other than their own.

“Many schools, like the one we studied, are encouraging not just awareness of difference but also empathy and the ability to take others’ perspectives,” notes Robert Jagers, former associate professor of education and psychology at the University of Michigan and incoming vice president for research at the Collaborative for Academic, Social, and Emotional Learning (CASEL), who coauthored the study. “Our research highlights the importance of peers in this process and their role in helping shape students’ beliefs about diversity.”

Since the study was carried out in a school that was ethnically and racially heterogeneous, the authors caution that their findings may not be replicable in schools that are less diverse. In addition, the study did not ask students about where they lived or their socioeconomic status, which could play a role in students’ decisions to associate with peers who are similar to themselves.

The research was funded by the University of Michigan. 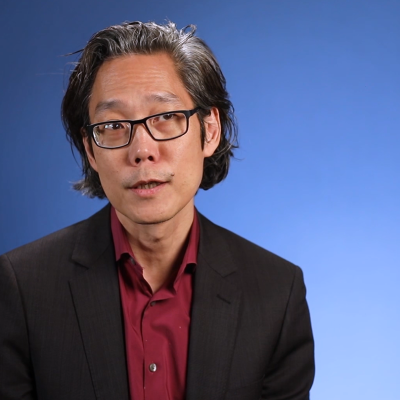 [NEW VIDEO] "How Did I Get Here: My Journey to Developmental Science," the final video of the "Hidden Figures" series

Posted Date
January 14, 2020
Description
The fourth and final video in the series is now available, along with accompanying pedagogical materials
Feature Image

[NEW VIDEO] "How Diversity Enhances the Contributions of Developmental Science," the third video of the "Hidden Figures" series