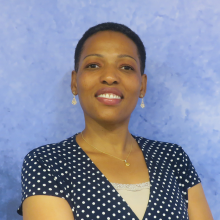 My tenure as a SRCD fellow on the Health, Education, Labor, and Pensions (HELP) Committee and the Subcommittee for Children and Families in the office of Senator Christopher Dodd has been a once in a lifetime learning experience. Over the course of the year I have had the opportunity to participate in major education policymaking that will shape the lives of children, families, and ultimately our country for years to come. While my training as a developmental psychologist who studies academic achievement allowed me to make noteworthy contributions to issues around student learning and achievement, I focused on learning how the policy process works and how developmental scientists can be meaningfully engaged. The majority of my fellowship has been spent working on the reauthorization of the Higher Education Act (HEA), which allowed me to learn a great deal about the content of the bill, the committee process, and the equally important roles of policy and politics in creating legislation.

One of my responsibilities included representing Senator Dodd’s priorities in negotiations of the HEA. Senator Dodd was a champion for improving access and affordability for all college ready students throughout the Committee’s work on the HEA and this was evident in the bill he introduced which was aimed at increasing the maximum Pell Grant award. In addition to working on an increase in the Pell Grant, as a part of the HEA negotiations I assisted in the development of the Higher Education Price Index (HEPI). The HEPI sets an expected rate of increase in college tuition based on reasonable postsecondary education costs. Institutions that exceed the annual rate of inflation are included in a nationwide watch list that is available to students and parents. Thus, individual institutions and state legislators who set state universities’ budgets are held accountable to their consumers.

I was also responsible for conducting research that was used to inform legislation and proposals that were introduced by Senator Dodd. For instance, I worked closely with the Banking Committee, which is chaired by Senator Dodd, on legislative language that allows for transparency and disclosure in the unregulated private educational lending market. Because the private educational lending market is the fastest growing segment of the $85 billion student loan industry it is of paramount importance that appropriate oversight and regulations are in place to protect students. In addition to learning about the content of this bill, I also learned how to work effectively with advocates and other individuals in the higher education community and the financial sector.

One of the most significant and exciting responsibilities during my fellowship was staffing Senator Dodd when the Higher Education Access Act came to the Senate floor. In preparing for the HEA on the floor I took the lead in providing Senator Dodd with detailed information about specific provisions of the bill. Additionally, I conducted research on and provided recommendations for amendments that might be offered to the bill. Furthermore, I used my knowledge of the HEA bill to prepare the statement that Senator Dodd gave on the Senate floor. Seeing the Higher Education Act through from the negotiations stage to final passage on the Senate floor has given me a “full circle” experience during my fellowship. As a SRCD Congressional Fellow I have learned a great deal about the policy and political processes and I am better prepared to effectively communicate with policy makers and thus I am helping to bridge the gap between science and policy.