May 2012 Spotlight on the SRCD Policy Fellow: Rebecca Taylor, Ph.D. 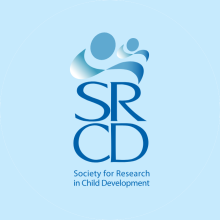 Like most researchers in child development, I finished my academic training with only the vaguest notion of how policies that influence the lives of children and families are formed. While terms like “evidence-based” and “effective” are frequently used in the discussion of reforms in health care, social services, and education, I didn’t know how research was actually being used to inform these conversations. The SRCD Congressional Fellowship offered me a remarkable opportunity to learn about this process by actively participating in it. After seven months working on the legislative staff of Congresswoman Betty McCollum (D-MN), I am beginning to understand the competing concerns that policymakers balance and how constituents, lobbyists, agencies, and staffers can influence those policy decisions.

It is not an easy task to merge the contemplative, detailed world of academic research with the high-stakes, big-picture world of political and legislative action. The hesitation to overstate findings and the need to qualify results is fundamental to the practice of good science, but policy must be justified with strong arguments. The pace of a Congressional schedule requires decisions to be made on the best information at hand. In the absence of a strong assertion from researchers, those legislative decisions are often built on anecdotal evidence or personal philosophy.

It is also striking how much of a successful policy effort comes down to timing. A great idea that doesn’t speak to the current conversation won’t have much chance of being heard, but an issue that grabs the spotlight will get hearings and perhaps a vote, even if the bill to facilitate it has to be hastily put together. Thus, much of the work in a Congressional office centers on trying to find ways to influence the conversation, or trying to predict where it will go next. In the midst of this hyper-responsive environment, however, Representatives and their staff members maintain a separate focus on the issues that are of greatest concern to them and their constituents. Ideas are refined and new avenues for legislative action are explored, and it is within this constant revision that research and advocacy have the greatest opportunity to contribute to actually shaping legislation. Once the spotlight is on, research is primarily used to support arguments, not to inform them.

While I don’t spend my days analyzing data or implementing interventions, I am surprised at how well the general skills I picked up as a community psychologist have translated to work as a congressional staffer. For some of the issues I work on, such as education reform or mentoring programs, it is my content knowledge that helps me connect to constituents and convey their concerns to Rep. McCollum. When I am given a few hours to put together a memo on previously unfamiliar topics like trade agreements, the ability to synthesize information and seek out competing interpretations comes in handy. When we discuss the funding of workforce initiatives, the consideration of ripple effects in a community becomes crucial. And, because I am privileged enough to work for a member with strong ties to Indian Country, understanding the cultural context of current policy debates and the ways tribal communities have historically adapted is crucially important. I was drawn to community-based developmental research by my intellectual curiosity and a concern for the well-being of young people, and those drives are also what make the Hill a fascinating and fulfilling place to work.

As a fellow, I have also had the privilege of talking with members of SRCD’s extensive network in the policy world. This fellowship has opened my eyes to the range of possibilities that exist for researchers in public service. I feel more confident in my ability to make developmental research relevant and understandable to those outside of academia, and to design research with policy implications in mind. Whether I go on to consult with policy-makers on the Hill, evaluate community interventions in an executive agency, or teach about the intersection of science and public policy within a university, I will be able to approach my work with new insights and connections.

The SRCD Congressional Fellowship has allowed me to put my training as a community psychologist to use in public service, and to experience a wide range of ways that researchers can both contribute to and learn from the policy world. I am incredibly grateful for the experience, and I will use the confidence and knowledge that I have gained to build the communication between the policy and research communities.