May 2013 Spotlight on the SRCD Policy Fellow: Beth Meloy, Ph.D. 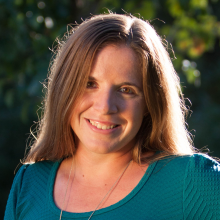 Unlike most SRCD congressional fellows, I thought I knew a lot about public policy when I started my fellowship year working in Senator Al Franken’s office (D-MN). In conjunction with my training in child development at Georgetown University, I had also earned a Master’s in Public Policy. Indeed I had always focused on policy-relevant research and services for children and families. Nonetheless, how scientific research is used to inform public policy on the frontlines as well as who made the decision of what research to use and when to use it, remained a mystery to me. The SRCD Congressional Fellowship offered me a remarkable opportunity to learn about this process and the players involved, while actively engaging in it and shaping policy through my work. After sixth months working on education as a member of the legislative staff of Senator Al Franken (D-MN), I find myself re-evaluating what it means to do policy-relevant research.

Over the course of my fellowship, several realizations have been the catalyst for my self-reflection. For example, early in my fellowship I realized that over the course of two years of training in public policy and four additional years of doing policy-relevant research, I had never actually read a piece of legislation. The policy fellowship challenged me to learn a new language—legislative language—and has shown me how important it is to speak that language in order to inform policy. I also realized that I had only ever superficially considered whether the implications of my research should be directed to state or local, rather than federal policy makers. After meeting with constituents, lobbyists, representatives from federal agencies, independent researchers and staffers, I have learned in order to have your voice heard amid the cacophony of competing concerns and ideas, it is important to understand how research is used and where and when your research would be best applied. Sometimes the audience should not be federal policymakers. Rather, there are decisions about program structure and implementation that occur at a state or local level. Understanding the role of the federal government, and how it differs from the role of states and local authorities and knowing how to engage each of these sectors is critical to successfully influencing policy through research.

The biggest surprise for me, since starting in Congress, has been the open acceptance of and desire for data. Prior to working in Congress, I was under the impression that many policy makers either ignore or actively distrust scientific research. While it may be true that some members of Congress fall under that umbrella, the vast majority of policymakers—on both sides of the aisle—are eager for data to inform their decisions. The better the data, the stronger the argument and the harder it is for the decisions that are made and the programs that are supported by that data to be questioned. It is this reliance on data, studies, and research that makes me wonder about how we, as researchers, disseminate findings in social science. When presented with a study that claims a program has a negative impact on behavior, for example, policymakers may question the findings of a single study and seek out evidence that this relationship might not exist. However, their search might not be fruitful because the studies that found no impact on behavior are buried in proverbial “file drawers” across the country rather than published and disseminated to the public. By choosing not to publish and publicize null findings, social science may be putting policy makers at a disadvantage and inadvertently promoting “cherry picking” of findings that can have large impacts on policy.

Overall, my experience as a fellow has been incredibly rewarding. It has allowed me to utilize my expertise in Early Care and Education research to inform and shape conversations that will directly impact the lives of children and families. I have also been challenged to work outside of my own area of expertise and think critically about how to shape education policy from cradle to career and ultimately give all children the opportunity to succeed. The SRCD Congressional Fellowship has allowed me to put my training as a developmental psychologist to use in public service. I am incredibly grateful for the experience, and look forward to utilizing the knowledge that I have gained to promote communication between the policy and research communities to better shape our nation’s services for children and families.