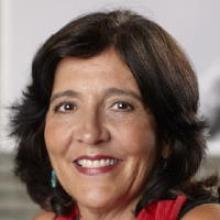 I actually was first planning to be a pediatrician or child psychiatrist or psychologist, but serendipitously ended up in a developmental psychology program. I had had undergraduate experience in psychological research and just fell in love with studying infant's development, primarily, the notion of understanding individual differences: where do they come from? how untangled I saw biology and environmental processes from conception on, not only genes, but also pre and perinatal factors, underlying some of these differences. I love our theoretical models: multifactorial, multidimensional. Complexity from the start!

I have been a member of SRCD since 1976! My first SRCD meeting was in New Orleans, where I did my first research presentation of my master thesis. Among the keynotes were John Bowlby, Mary Ainsworth, and many of their students. I fell in love with T. Berry Brazelton and others who were documenting how babies were from the start influencing mothers and vice versa. After getting my Ph.D., I became involved in committees for years, was part of the governing council, and eventually, Editor of CD. SRCD has been my core professional organization. I have seen it grow tremendously, especially in the last ten years. In terms of diversity, imagine … I think we were three Latinos at the start!

What does the Latinx Caucus mean to you?

A lot! When more Latinos students and junior faculty started to arrive, we thought that we had to bring attention to our issues not only in terms of membership, but more importantly, in our scholarship. The Black Caucus was our model, having pre-conferences and asking SRCD to be more inclusive. We had worked closely with Diane Slaughter-Defoe, Harriet Pipes McAdoo, Margaret Spencer, Vonnie Mcaloyd and others in demanding representation in the governance of SRCD and in shifting out of deficit models when studying our populations.  By 2004, we were 15 Latinos members, but many more students, and we instituted a Latino Caucus at SRCD. We just recently celebrated our quinceanero!

The new generations of scholars see research as a tool for social justice! Many are bicultural, completely competent in both North American culture and their parents' heritage. I was a product of affirmative action, and so I got in turn involved in many national mentoring programs for underrepresented populations. including the creation and direction of the Horowitz Millennium Fellows with then SRCD president, Frances D. Horowitz. It was a dream of ours that we would have representation of all those groups in our scholarship and governance that historically have been excluded because of their "race", ethnicity, language or immigration history. I think that dream is coming through...