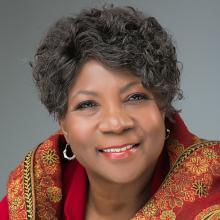 I have always favored, identified with and seen myself as a STEM person on a career path to pediatric medicine. At the same time, assisting and maximizing children’s thriving has always been an embraced identification and value. Thus, my 5-year undergraduate program of study in pharmacy was intended to aid preparations for and scaffold medical school training. Although already active in Civil Rights organizations and on a medical career track, for some reason, I did not consider demographic features of schooling options although I enjoyed secondary school success in an all-girls high school in Philadelphia where I grew up. Thus, embarking upon training by attending a 95% all male and 98% all White Pharmacy School situated on the University’s medical campus provided an “interesting” and memorable lived experience of intersectionality (i.e., given my female, person of color, and deep STEM identified mindset). Never altering my STEM preference and—given the planned use of a scholarship—I completed the 5-year academic program and became licensed during my year-long internship year in hospital pharmacy at the University of Kansas Medical Center. Given the academic program’s emphasis lock-step character, I had missed opportunities for non-STEM courses. Following completion of the noted pharmacy licensure tasks, I enrolled in and completed two sequentially offered undergraduate courses at the University of Kansas: Psychology 101 in the Fall, and a Research Methods class in the Spring. The latter was taught by Dr. Grace Heider who was the wife of the famed Balance Theory scholar, Dr. Fritz Heider. At the end of the methods course and representing the department, she offered me a doctoral fellowship for the subsequent Fall in the social psychology department where I discovered the research by Kenneth and Mamie Clark (i.e., authors of the doll studies footnoted in Brown vs. Board of Education 1954). I made use of my laboratory expertise, replicated and extended the Clarks’ work, and fell in love with psychology. At the onset I was introduced to and was mentored into developmental perspectives by Dr. Frances Degen Horowitz. I had time to complete only a Masters Degree at K.U., and was advised to attend the University of Chicago’s human development program for the PhD given that an assistant professor position in chemistry was offered to my husband at a local university, which required our relocation to Chicago. I never looked back to a medical career in pediatrics but took advantage of the science training and systems perspectives previously acquired but now applied to developmental psychology. Importantly, I maintained my basic child well-being and health interests, which evolved into a foundational developmental science identity.

The Society for Research in Child Development suggests a both/and context of learning and identification. It continues to be both a disciplinary identity that provides a steady flow of broad stimulation and, as well, stimulates the need for professional resistance.  Having married right out of undergraduate school and being a parent at the start of my foray into developmental science, my resistance to much that I read was justified. Evident from developmental science readings—independent of age group—were problematic assumptions and beliefs about black and brown bodies.

As an ongoing inference process from the beginning of my psychology readings, it was the case that my newborn baby girl, my own early history, the childhoods of family members, and the adolescence of friends were either deviant and totally without grace or there was an unacknowledged positionality. The alternative conclusion was that psychology textbooks and refereed publications, too frequently, had conceptual shortcomings, were burdened by problematic assumptions, and suffered from unacknowledged shortsightedness; the shared perspective inferred was that “difference” meant deviance and that drawing attention to the issue made others exceedingly uncomfortable.

Accordingly, evident was a requirement to “push back” against the noted conceptual orientations and under-acknowledged theoretical leanings. However, and at the same time—independent of their race, ethnicity, gender and immigration status—there were individuals dissimilar from my own reference group identification who appeared comfortable with themselves and accepted the diversity of humanity. Of course, and as suggested, still others seemed stymied and expressed shortsightedness in regard to race and categories of difference. Both “streams of thought” were evident in SRCD; appreciated early was the need for “intellectual muscles” required for resisting total invisibility or problematic portrayals of people of color. In sum, the organization always included individuals who generated reasons for resistance, however—albeit frequently “silenced”—SRCD, as well, included a variety of allies of both genders and races.

As noted, I was recruited into the University of Kansas doctoral program in social psychology by Grace Heider (wife of the Balance theorist, Dr. Fritz Heider). My “developmental perspective” was recognized early and an introduction to Dr. Frances Degen Horowitz arranged.  She immediately took me under her wing and continued in that role even after I completed the K. U. master’s degree, She urged my enrollment in the PhD program at the University of Chicago after my husband secured an assistant professor position in the city of Chicago. Along with University of Chicago Professor Edgar Epps, Fran maintained her mentoring role throughout my doctoral training at the University of Chicago. Upon the completion of my PhD at the University of Chicago, it was her recommendation that resulted in my first job at Emory University. Given his then recent demise, Fran’s view of an overlap of our professional interests given that Boyd had been her mentor, she viewed my move to Emory as the Boyd McCandless replacement as a “good fit position” for the Psychology Department. Looking back, Fran’s support of my training, first job acquisition, and relationship over the years demonstrated her own exceptionality as a person who saw everyone’s humanity first. On the day of her passing last year, I am extraordinarily grateful to have been able to share with her, once more, exactly how impactful she had been on my career and professional personhood.

When I entered the field of developmental science from the physical and biological sciences and always with a STEM identity, I was most inspired by my own child (and subsequent two children) and memories of young people with whom I grew up. Although generally absent in developmental science, in fact, children of all hues, statuses of positionality and histories represent a variety of strengths, psychological attributes and significant variability re: levels of vulnerability. The “lack of fit” between textbook portrayals and my own reality has always inspired open-mindedness, a commitment to understand thriving for diverse humans, and the promise of scientific rigor and vigilant need for resistance. Finding an intellectual home in developmental science represents a particular scholarly and life-purpose. That fact continues to inspire a commitment to resist easy and under-interrogated “conclusions,” to respect humanity’s diversity, to be intellectually curious, open-minded, and to commit to real-time context-linked demonstrations of “insights accrued.” Thus, my virtual fifty-year career represents a commitment to stake out a presence in basic social science in search of understanding the development of diverse humans. This includes the task of engaging in applied research demonstrations for impacting policy and maximizing human resiliency, and committing to the development of inclusive theory, which links individuals’ biological, psychological and contextual realities including their developmental linked meanings made about same. Interpreting the role of these inferred processes for human thriving, well-being and demonstrations of resilience and competence represent the previous virtual 35 years of theorizing efforts. I appreciate that my career continues as much more than the one imagined in pediatric medicine(!).

What does the Black Caucus mean to you?

For virtually 50 years, the most important status nurtured and contributed to by the Caucus has been the mutuality of respect, broad based identification, and congeniality. Maintaining its role as a source of psychological protection, support when confronting challenges, and providing models of positive coping, it reinforces positive identifications with the inferred intent for developmental science to represent and support everyone’s humanity. The Caucus affirms one’s experience of not being alone, having visibility, and seeing oneself in the resistance and modelling of same as relationally reflected from others.

As a basic developmental science tenet, on the one hand, we appreciate that humans are inherently social. Thus—even when marginalized as is frequently the case on too many campuses and policy institutes across the nation—knowing that one has an “intellectual home, source of identification and support” matters profoundly. As an organization, the Caucus continues to be collaborative, affirming, inspiring, and foundational for maintaining resistance as “part of purpose” to support universal thriving, well-being and to do no harm. Across the years—for what is now generations of developmental scientists—the Black Caucus continues as a model of what W. E. B. Du Bois referred to as engaged scholarship, provides healthy identification, and serves as a still needed professional lifeline.

to learn about benefits, networking opportunities, and more!