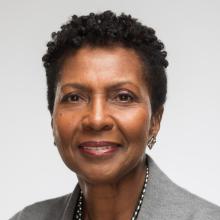 My interest in children’s development began during my years as an undergraduate psychology major at Talladega College, Alabama’s oldest private historically Black liberal arts college. I was captivated by studies showing how children’s cognitive capacities changed with age and by the research methods psychologists used to study development. It was in conjunction with one of my psychology classes that I carried out my first child-focused research project. In addition to its main library for undergraduates, Talladega College housed a lovely children’s library with extensive holdings. It was an important community resource and reflected the college’s commitment to supporting the development of local African American youth who, until the early 1970s, were barred from using the town’s public library. To fulfill a requirement for one of my psychology classes, I decided to conduct a research project with children and their mothers who visited the library during the course of several days. I constructed a short questionnaire to gather information about children’s reading habits, favorite genres, frequency of visits to the library, and ideas for improving the library, tabulated the data, and wrote up my findings. Although the project was utterly simple in its goals and methods, I treasure the experience because it gave me a glimmer of the satisfaction that I would eventually experience as a developmental scientist.

My path to becoming a developmental scientist was as much about expanded opportunity as intrinsic interest. Fissures in longstanding racial barriers in higher education eased my way, with Talladega College playing a major role in mediating off-campus educational opportunities that arose with the advent of affirmative action. The academic dean would summon me to his office to encourage me to prepare applications and to schedule interviews with representatives of selection committees. Through this process, I was awarded scholarships to attend an 8-week program at Harvard University for two consecutive summers, and a scholarship from the Institute of International Education that took me to England to study for a semester. The experiences at Harvard were especially consequential because each summer, among other academic activities, I was enrolled in a small-group psychology seminar that required each student to write a research proposal, collect data, and write up the findings.

I was accepted for admission to the University of Michigan’s graduate program in Psychology in Fall 1971. Although I had a strong academic record, major credit for my admission to Michigan goes to the bold activism of African American students and their allies at the university during this period. In the wake of a 10-day strike in the spring of 1970 provoked by the low percentage of African American students and faculty at U-M, the Black Student Psychological Association (BSPA) at U-M escalated its efforts to increase African Americans’ representation in psychology. Representatives of the organization reviewed my application, interviewed me by telephone, and subsequently recommended me for admission. BSPA also contributed to my success in the program once I enrolled by organizing activities that fostered a sense of collective identity and efficacy (enhanced by the fact that several of the African American graduate students in psychology had attended HBCUs), while mitigating feelings of vulnerability and alienation (e.g., orientation sessions, study groups, community service projects). I completed the Developmental Psychology program in four years. During this time, I focused my attention on processes that influenced children’s intrinsic motivation (preliminary examination and dissertation research) and began formulating critiques about the glaring conceptual biases and methodological flaws in research on African American children’s development.

As a graduate student, and later as an assistant professor in psychology at Michigan, I had supportive relationships with faculty in the developmental and social psychology areas (e.g., Patricia Gurin, Harold Stevenson, John Hagen, Richard Nisbett). However, I was never a member of a research lab or a trainee of a specific faculty member. This was commonplace in the department during the 1970s, especially among African American students, as students were encouraged to cultivate their own research ideas, while relying on faculty for guidance in refining and testing those ideas. Only a few faculty in the Psychology Department were doing research focused on African Americans--of special interest to me--and of these, none was studying child or adolescent development.

Ewart Thomas’s mentorship was particularly instrumental to my career. As an assistant professor at Michigan, I began studying the determinants and cognitive correlates of pretend play among African American preschoolers--an interest that I trace to my rich fantasy life as a child. I had collected and transcribed videotapes of the speech and behavior of triads of African American preschoolers engaged in pretend and non-pretend play. I received a Ford Foundation postdoctoral fellowship that gave me time away from teaching to learn how to conduct sequential analyses of the transcribed data to answer questions about the dynamics of social organization in the triads. Ewart, a Guyanese professor in cognitive and mathematical psychology who had moved from Michigan to Stanford University, was an expert in sequential analyses and graciously agreed to serve as my postdoc mentor. Our collaboration over the course of 18 months was amazingly productive and gratifying. The journal publications stemming from our work were pivotal in the department’s decision to recommend me for tenure and promotion to associate professor. I was delighted when Ewart attended my U-M collegiate lecture (named in his honor) last year, some four decades after our mentoring relationship began!

Algea Harrison (Oakland University) and Harriette McAdoo (Howard University, Michigan State University), both members of the SRCD Black Caucus, provided vital support and advice. Some of the support was indirect through their roles as dedicated members of a collective that organized the Conferences on Empirical Research in Black Psychology. Partially supported by NIMH, the Russell Sage Foundation, and the Ford Foundation, the conferences grew out of a need for a small-group setting that allowed an in-depth exchange among African American psychologists whose primary interest was research. First convened in 1974, the conferences met almost every year for about two decades. Typically, the 3-day meeting was limited to 15-20 Ph.D. researchers (with a few student observers), each of whom presented their research questions, methodology, and interpretation of findings, followed by extensive scrutiny and constructive feedback from all conference participants. This process was decidedly instrumental in the eventual publication of three papers I presented at the conferences.

Being a member of SRCD means being part of a community of scholars that sees value in advancing our understanding of the complex factors that influence development in all children and promoting the use of developmental science to improve human lives. From a personal perspective, then, it means that my commitment to studying the how and why of development in relation to economic and sociocultural factors is compatible with involvement in evidence-based policy and program initiatives that reflect my sense of social responsibility.

What does the Black Caucus mean to you?

During the early stage of my career (mid 1970s to mid-1980s), the Black Caucus was pivotal in my decision to remain in the academy. In addition to mitigating feelings of isolation due to the paucity of African American women faculty in human development, the Black Caucus supported and helped legitimize my commitment to study African American children in their own right (rather than reflexively comparing them to White children). It also enhanced my sense of connectedness to SRCD. During the past two decades, the Black Caucus has grown tremendously in its numbers and influence in SRCD. I love its vitality and conviviality, and applaud its crucial role in increasing racial/ethnic diversity and inclusion throughout SRCD. I find inspiration in its creative initiatives to support, mentor, and foreground the work of African American scholars and other scholars of color, and in its attention to social policies and practices that disproportionately affect children and families of color.

The biennial meetings! It is invigorating to pause from my daily work routine. The meetings afford time for conversations about research and academic issues in a more informal setting and, of course, time to socialize with far-flung and longtime friends over coffee or a meal. I‘m looking forward to attending some of the off-year special topics meetings.

I have drawn inspiration from countless people throughout my life. One who stands out at this moment is Audrey Smedley, an African American woman who earned a Ph.D. in social anthropology several decades ago. She grew up in Detroit in the 1930s and 40s, attended the University of Michigan (as an undergraduate), and co-founded the beloved Charles Wright Museum of African American History in Detroit. I am inspired by her pioneering scholarship on the history of the concept of “race” (e.g., “Race as biology is fiction, racism as a social problem is real,” American Psychologist, 2005; Race in North America: Origin and Evolution of a Worldview, 1993). I also draw inspiration from rich accounts of her strategies for coping with the challenges of being a professor (and a single mother) when African American women were extraordinarily scarce in academia.

What is something you learned in the past month?

bell hooks was only 19 years old when she began writing her ground-breaking book,“Ain’t I A Woman: Black Women and Feminism.” Amazing!

to learn about benefits, networking opportunities, and more!