Description
Wolfgang Edelstein was born in 1929 in Freiburg, Germany. He died on February 29, 2020 in Berlin, Germany. 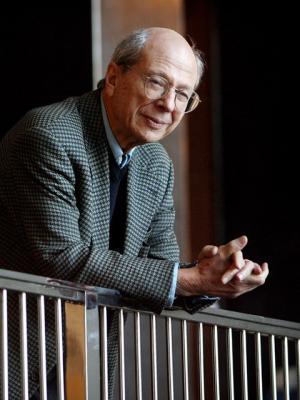 It is with deep sadness that we announce the passing of Wolfgang Edelstein, a prominent scholar of social and moral development in sociocultural context and passionate advocate of citizenship education. Wolfgang Edelstein helped us all appreciate the importance of enhancing the values of equality, respect, and caring in young people, and helped advance the idea that schools should be democratic learning communities in which every child is nurtured. We mourn the loss of a great developmentalist, passionate education reformer, and truly kind-hearted person.

In 1938, Wolfgang and his family fled Nazi Germany to Iceland, where he found a new home – an experience that greatly impacted his life. After graduating from school in Reykjavik, he studied linguistics and ancient languages in France. While studying at Sorbonne University, he accidentally attended Jean Piaget’s lectures which might have stimulated a later interest in developmental psychology.

Wolfgang Edelstein began his academic career in 1954 teaching at a renowned progressive boarding school in Germany, the Odenwaldschule, and it was during this time that he developed a keen interest in progressive education and school reform. Alongside his engagement as a teacher, he completed his doctorate in medieval Latin philology at the University of Heidelberg in 1962.

At the Odenwaldschule, Wolfgang Edelstein got to know Hellmut Becker, a major figure in the progressive school reform movement of the 60s, who got him involved in the founding of an education research institute, the Institut für Bildungsforschung – later the “Max-Planck-Institute for Human Development.” Together with philosopher Jürgen Habermas, and later film director Alexander Kluge, Wolfgang wrote a memorandum that laid out the basic framework for the institute’s establishment.

Wolfgang followed Becker to Berlin in 1963 to become the institute’s first research associate. He later became a Scientific Member of the Max-Planck-Society, and then Director of the Department for Development and Socialization at the institute. His research interests revolved around the interconnection of social change and individual development.  Among his most ambitious research projects was what came to be known as the “Iceland Study,” a longitudinal study in which he and his team traced personality, cognitive, and socio-moral development of Icelandic children, augmenting Piagetian universal constructivism to accommodate individual differences due to social experiences. At the time of the study and again in later years, Wolfgang was Chief Scientific Adviser to the Icelandic ministry of education, promoting the modernization of the social science curriculum and teaching profession.

After retiring from his director position in 1997, Wolfgang continued promoting school-based citizenship education and spearheading projects that furthered democracy, including his influential work as founder and long-time leader of the German Society for Democracy Education. He penned numerous texts on the dangers of right-wing extremism and, in particular, right-wing extremist youth culture.

For his work and extraordinary social engagement, Wolfgang was recognized with several distinguished awards, including the Order of Merit of the Federal Republic of Germany (First Class), the Hildegard-Hamm-Bruecher Prize for Learning and Living Democracy, the Theodor Heuss Prize, and the prize of the Association of Moral Education (AME).

Wolfgang Edelstein was also a long-time Member of the Jean Piaget Society, the Association of Moral Education, and the SRCD.

Wolfgang was a person who carefully listened to others’ perspectives, and his genuine concern and respect for human dignity was apparent in all of his work, including the following quote from a traditional Icelandic farmer that encapsulates his guiding ethos: “No truth justifies hurting someone.” Despite living in Germany, in his heart Wolfgang Edelstein always remained an Icelander and frequently returned to Iceland both privately and as part of his professional life. Thus, Iceland is where he will be laid to rest.

By Tina Malti, Professor of Psychology, University of Toronto. Dr. Malti was a doctoral student of Dr. Edelstein’s when he directed the Max Planck Institute for Human Development in Berlin.