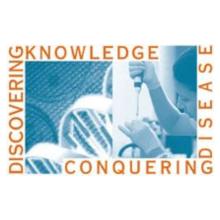 SRCD signed on to an Ad Hoc Group for Medical Research letter addressed to House and Senate Committee on Appropriations leadership on finalizing the Fiscal Year (FY) 2023 spending package and the importance of investing in agencies and programs that support the nation’s health and well-being, particularly the National Institutes of Health (NIH).

The letter notes, “We greatly appreciate that both the House Appropriations Committee-passed (H.R. 8295) and Senate Majority (S. 4659) Labor-HHS-Education spending bills include strong increases for the NIH base in FY 2023, which would equip the nation to combat both known and unprecedented health threats, convert the hope of improved health and well-being into a reality for patients and their families, and more. Earlier this year, the Ad Hoc Group for Medical Research outlined the need for at least $49.1 billion for NIH’s base in FY 2023. To maximize the potential of tomorrow’s research discoveries to make rapid progress toward these goals, we urge you to provide at least the House Appropriations Committee-passed $47.5 billion for NIH’s base.”

The Ad Hoc Group for Medical Research is a coalition of patient and voluntary health groups, medical and scientific societies, academic and research organizations, and industry that aim to enhance federal investments in biomedical, behavioral, and population-based research conducted and supported by the NIH.