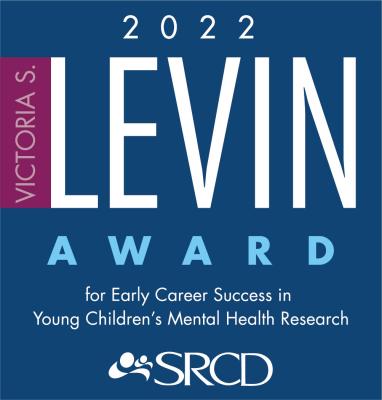 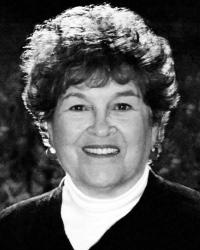 History of the Award

In 30 years of distinguished service at the National Institutes of Health (NIH), Victoria S. Levin's career centered on fostering scientific research that could address the mental health needs of children. Upon her retirement there was an exceptional outpouring of tributes from the many distinguished scientists with whom Vicki worked over these years. The tributes vividly highlighted two hallmarks of Vicki's life work. First, they acknowledged Vicki's passion for scientific research examining development in the very first years of life, years that form a critical foundation for the development of lifelong mental health, and which play an important role in the prevention of mental disorders. Second, they praised her unique capability for encouraging new scientists, instilling them with confidence that they could achieve the high standards required to secure their first major funding from the NIH. The Victoria S. Levin Award for Early Career Success in Young Children's Mental Health Research is established to continue Vicki's legacy in these two areas.

Vicki's training in child mental health and her personal commitment to a fair and just world penetrated her work in myriad ways. In particular, Vicki had exceptional skill at recruiting the most outstanding scientists for her scientific review panels, and for fostering dialogue among the scientists during the review process. These achievements insured that investigators received the most rigorous, fair, and thoughtful review of their applications for federal funding. Vicki cultivated the relationships among her reviewers with the aim of creating a collegial scientific climate in which careful independent reviews coalesced as consistent, consensus-based feedback to investigators seeking funds for their research. This work contributed to the NIH's ability to support only research that meets the highest standards of scholarship. As a result, to the new scientist, the prospect of acquiring NIH research funds is daunting. While maintaining the integrity of the scientific review process and avoiding favoritism, Vicki used her intelligence and interpersonal skill to give the process a human and humane countenance. Furthermore, she encouraged new scholars that they could master the challenge of securing funding.

Purpose of the Award

In tribute to Vicki's role as a guiding light in the early careers of many distinguished scientists, the Victoria S. Levin Award has been established. Its aim is to foster early career success in achieving funding for research that is informed by developmental science to address concerns affecting the early foundations of children's mental health. The Award will add measurably to Vicki's dream of a society in which all children are protected from disabling mental health problems by getting the healthiest start in life. Vicki believed strongly in the NIH's critical role in creating a scientific basis for achieving this goal and in the need to attract the best and brightest new scientists. Therefore, the Victoria S. Levin Award is designed to increase the likelihood that promising early career scientists succeed in securing NIH funding.

Benefits of the Award

The Victoria S. Levin Award is a non-renewable award of up to $25,000 for promising pre-tenured, early-mid-career investigators. The award:

The deadline for the 2022 Victoria S. Levin Award for Early Career Success in Young Children's Mental Health Research has been extended to Thursday, December 1, 2022, 11:59pm ET.