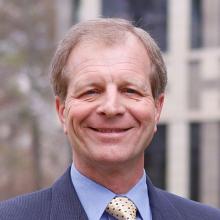 The upcoming all-virtual SRCD Biennial Meeting (April 7-9) will mark the end of my term as SRCD President. We have a spectacular line-up of speakers, special events, concurrent sessions, and fun activities planned. (Hint: It’s not too late to register!)

Thank you for giving me the opportunity over the past two years to learn and contribute.

Over this time, I have come to appreciate more than ever what a treasure SRCD is. I am deeply grateful for the efforts of all of the SRCD professional staff and the wise input of the Senior Leadership Team of Jill Braunstein, Rick Burdick, Kel Fisher, and Anne Perdue, and our Interim Executive Director, Marty Zaslow. I thank the staff, the Governing Council (GC), and the Search Committee for making it possible for us to welcome our new Executive Director, Saima Hedrick. SRCD is also an organization of volunteers, specifically, our Committee and Caucus chairs and members, our elected GC members, and the hundreds of scholars who contribute to our journals as editors and reviewers. We have a phenomenal organization. Thank you for the privilege of working alongside you.

While we are not meeting in Minneapolis for our Biennial as originally planned, our attention is riveted to the murder trial taking place there now in the death of George Floyd. Addressing issues of structural racism and anti-racism are of very high priority to our association. Two years ago, on the day I began my term, a Town Hall meeting was convened at our Biennial. It was an overdue opportunity to surface concerns about racism within both our organization and broader society; to grasp more fully and deeply the issues members are experiencing; to understand the pain and anger the issues are causing; and to begin to acknowledge contributions to these experiences. It was an important moment, not just to stop and listen but to undertake a longer-term process of accepting responsibility and beginning to chart a path forward. I am grateful to those who spoke at that Town Hall for starting a process that has changed SRCD in many ways and that will hopefully be a foundation for continued transformation. One critical theme that has emerged is the need not only to become aware of and oppose racism in ourselves and others but also to accept the responsibility to take steps to become actively anti-racist.

SRCD is becoming more responsive to its mission of contributing to the welfare of children through public discourse, especially through our unique “value-added,” which is contributing to scientific understanding and communicating its importance. The GC has institutionalized a process for issuing public statements that summarize the scientific evidence on contemporary issues, including issues pertaining to structural racism and disparities. For example, SRCD supported the publication of a volume of five statements on inequities in our children’s education in light of the pandemic, and how to address them. SRCD has signed on to letters to public officials objecting to the elimination of federal support for training programs on diversity, equity, and inclusion, and it decried the withdrawal of the United States from the World Health Organization.

Our scholarly publications are taking important steps to attend to racism, anti-racism and treatment of children and youth in the immigration process. For example, Child Development is publishing a special section on advancing scholarship on anti-racism. Recent articles in Child Development Perspectives address racial disparities in maternal and infant health and next steps in racism research. The March issue of Social Policy Report is devoted to the effects of separation and detention on migrant and asylum-seeking children. A state-of-the-science review is in process on improving inter-group attitudes and actions among youths. Thanks to the work of our Publications Committee and GC, SRCD has furthered the pioneering contributions of Cynthia García Coll by adopting a new sociocultural policy and issuing a statement on anti-racism across all its journals, requiring that research participants be described more comprehensively and studies be placed into sociocultural context. With funding from the Doris Duke Charitable Foundation, staff members are creating a database of developmental scientists from diverse backgrounds interested in participating in reviewing proposals for federal agencies and foundations. This effort will increase both the reviewing experience of developmental scientists from diverse backgrounds and the perspectives and expertise being brought to bear during reviews.

SRCD has convened meetings, webinars, workshops, and lectures on racism and how to become actively anti-racist. The Diverse Majority Lecture series is gaining increasing recognition and participation, with this year’s lecture providing perspectives from two contrasting bodies of research on the development of prejudice. Webinars on becoming an anti-racist society of developmental scientists and on becoming an ally have been very well attended. Staff members have drawn together experts to inform parents and educators on how to address racism experienced by Asian/Asian American children and youths. A virtual workshop addressed how developmental science can be used to address inequality in children’s development. SRCD is supporting a National Academy of Sciences workshop on how to increase international representation in scholarship and studies of child development in low- and middle-income countries.

The upcoming Biennial will showcase the contributions of developmental scientists to the development of racism and to fostering anti-racism. The pre-conference day will include a meeting on construction of the “other”—using science to address the social justice crisis; a meeting on the experiences of youths in refugee camps during the pandemic, and a meeting on policing and anti-racism. Program Co-Chairs Ellen Pinderhughes and Nim Tottenham have introduced a new idea this year to solicit submissions on research in anti-bias, culture, the Global South, and refugee children. They have invited outstanding scholars to speak on scholar activism, interventions in low-income nations, the development of Latinx youth, the diversity of the pipeline of scholars, and LGBTQ+ families. We are all grateful to Ellen and Nim for their outstanding leadership.

SRCD is also facing inward. The GC has created an organization-wide Task Force on Anti-Racism. This Task Force is fully acknowledging the vital work of the quad caucuses (Asian, Black, Latinx, and SOGIE) and SRCD committees, as well as seeking to identify where there are gaps, where further synergy would be possible, and where organization-wide policies and practices are needed. SRCD has committed to socially responsible investing of its cash reserves. For members hardest hit by structural racism, by the pandemic, and by the combination of these, SRCD implemented initiatives to waive membership dues and to reduce registration fees at the Biennial.

As I reflect on this list of action steps, I am appreciative of the incredible work by our members, leadership, and staff who have gotten us to this point. But I also realize that we have so much more to do in our quest to become anti-racist. As I pass the gavel at the Member Meeting, it will be with the hope and expectation that we will all continue on this path and take it even further. This is a long journey, and we are just getting started.